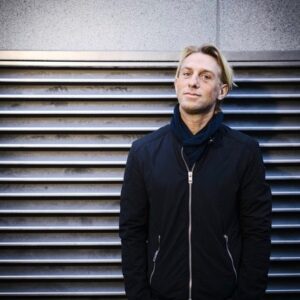 Walking – Your steps to health

Stand up, stretch your legs or, best of all, take a brisk walk. It has now been proven that it’s the little things in everyday life that make a big difference. We at Healthy Family had a chat with head physician Anders Hansen about modern research proving that physical activity has a great effect on both body and soul.

We don’t have to run marathons, get abs or become the most hardcore gym obsessives. We don’t even have to break a sweat. New modern research shows that all forms of physical activity bring so many more positive health effects than we previously thought. Standing at your desk for an hour per day or running outside to play for a few minutes during break time. Everything makes a difference.

However, the ultimate health benefits can be found in a half-hour pulse-raising activity every day, such as a walk or a bike ride, as several international studies have shown.

“If there were a pill that contained all the positive health effects provided by a daily walk, it would be the best-selling pill in the world. Everyone would want to take it,” says senior consultant in psychiatry, Anders Hansen. He practices as he preaches and is out for a lunchtime walk.

Exercise akin to 50 types of medications
“If everyone exercised for half an hour every day, we would feel so much better, we would be healthier, happier, live longer and get a little smarter. We train our brains when we exercise our bodies,” Anders explains.

He has been researching the brain for 15 years and has taken part in major international surveys that have shown the relationship between exercise and health. When he understood what amazing health effects exercise provides, he was not only overwhelmed but also frustrated.

“My God! How can we have missed this for so long? Exercise is not just similar to medicine; it is more like 50 different medications that affect all of the body’s organs.”

Daily exercise helps prevent the majority of our most common diseases, such as cancer, dementia, hypertension, cardiovascular disease and type-2 diabetes. This applies to everyone — children, adults and the elderly.

“It may sound a little too good to be true. But it’s not. Exercise and training have an incredible effect,” Hansen says. He wants the new research results to make everyone think again and think differently.

✔️ Be less sedentary: walk, take the stairs or the long way to kindergarten, school or work.

✔️ Children’s brains work much better if they exercise.

✔️ Go on a walk to learn words. Memory tests show that you learn 20 percent more vocabulary if you hear words when walking.

Forget crosswords – you train your brain with your body
Many people believe that we train our brains using crossword puzzles or clever brain-training apps, but there is no research to show that this works.

“It may sound paradoxical, but it is now proven that we train our brains using our bodies. Training enhances concentration, boosts creativity and improves our tolerance of stress and depression. The effects on the brain when exercising are so extensive that they can actually be described as a mental upgrade,” says Anders, noting that research now shows there is every reason to make sure that our children put their mobile phones down and get moving.

Play soccer and improve at math
“It’s not what children do that is important — it’s simply that they do something. What matters is how intense the activity is and how long it lasts. For the maximum effect on the brain, young people should exercise for at least 30 minutes per day, but also shorter periods can be beneficial. After 12 minutes of activity, both concentration and reading comprehension are improved. Even just 4 minutes of physical activity, such as jogging for example, can make it easier to concentrate. Regular activity a few times per week for at least 2-3 months leads to improved mathematical ability, increased creativity and a greater ability to maintain focus and ignore impulses,” says Anders Hansen.

Sitting down is just as dangerous as smoking
For the already converted training enthusiast, the results of the research will be confirmation that “I’m doing things right!”. The challenge, says Anders Hansen, is to reach those who do not exercise at all. If they can be inspired by the new research, the health effects would be enormous. But getting people to get up off the couch is not so easy. Lethargy is part of human nature.

“I enjoy lying on the sofa, watching TV, browsing the internet on my mobile and eating chips. It’s not surprising because it’s in our nature to make ourselves comfortable and save energy instead of getting rid of it. However, what we have to realize is that the way that humans are designed has not changed, but the world we live in has. We are not made to sit still and live our lives through a mobile phone. Sitting still is the worst thing we can do. It’s like smoking,” says Anders, who believes that training and exercise are often linked to performance and achieving results. He wants to change that.

“Being physically active is not about being sporty but about giving the body and the brain the best conditions to work as well as possible. We do this by exercising, not by being in the top teams, winning a match or pumping our biceps. And if you don’t get time for that magic half hour every day, anything you do counts. For those who usually do nothing at all and start exercising, it will have an immediate effect. If you exercise for a long time, the effects will be even greater.

“You will not only feel better, be able to achieve more and be happier. You will also live longer. Half an hour a day is worth that,” adds Hansen, who had just finished his magic half an hour.

Work at home – create the structure that makes you successful