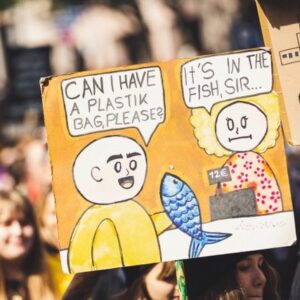 The climate – an urgent family affair

Most people know that flying is a real villain environmentally. But what many people don’t know is that the world’s meat and dairy production has as much impact on the climate as all the earth’s cars, boats, planes and trucks combined.

Many researchers believe that we need to halve our meat consumption in Sweden. Partly for the sake of our own health, but also for the climate. Today we eat 50% more meat than in the 70s. The average Swede currently eats twice as much meat as the global average.

500 grams per week
A collective adaptation to eating more like we did in the 1970s would significantly reduce our carbon footprint. The recommendation, which applies from both a health and climate perspective, is a maximum intake of 500 grams of meat per week. Research shows that people who eat less meat stay healthier and live longer than those who continue to eat a lot of red meat.

The climate – an urgent family affair
Over the last year, we have become accustomed to hearing the voices of young people leading the debate on climate and food. But the impact of adults is also significant. Parents’ eating habits have a major impact on what children eat. Studies have shown us that when parents change their diets, children quickly follow.

Our choices have real significance
It might seem easy to place responsibility on politicians when it comes to the environment. It is even easier to put environmental responsibility entirely on international politicians. Essentially, our climate impact comes down to what the masses are demanding. The items that are produced and sold are determined by the demand for goods we buy and the requirements we place on them.

Forest bathing on prescription in the future

Work at home – create the structure that makes you successful